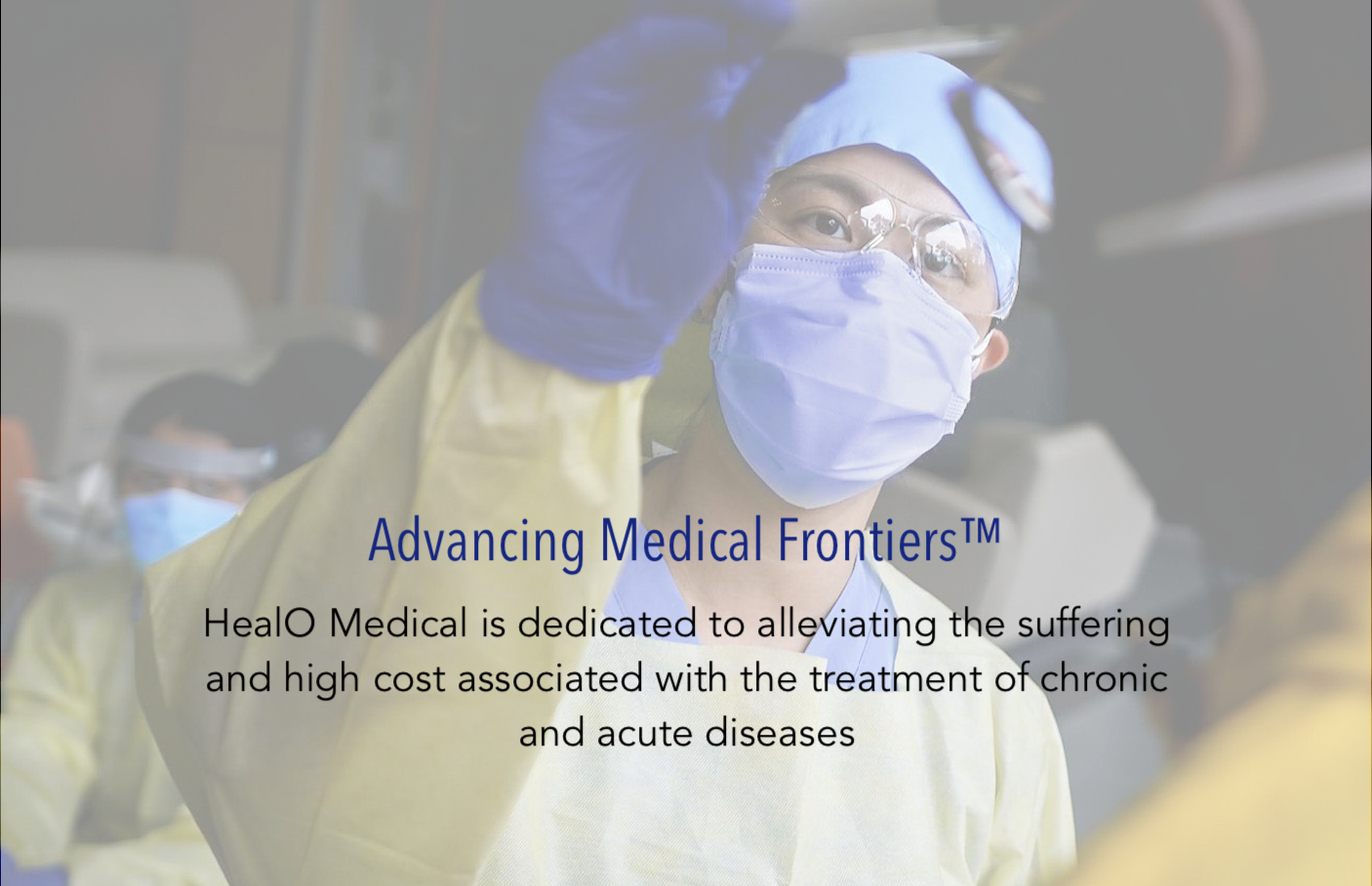 We create innovative products that solve the unmet medical needs of society.

The COVID-19 pandemic is exacting a calamitous human and economic toll across the globe. Harvard economist pegged its cost to the United States at $16 trillion—with $8.5 trillion for health loss and rehabilitation. For perspective, consider that the bipartisan Infrastructure Deal (Infrastructure Investment and Jobs Act) of November 2021, a once-in-a-generation investment in our nation’s infrastructure and competitiveness, totals only $1.2 trillion.

COVID has proven difficult to control due to multiple factors, including:

The virus attacks endothelial cells which form the basis of our circulatory system and are ubiquitous throughout our body. Hence, severe damage to cerebrovascular, cardiopulmonary and hepatorenal systems are common, with long term consequences including loss of intellect, physical stamina and new need for oxygen supplementation or dialysis. Chronic COVID Syndrome (also known as long-haul COVID) develops in 27%-33% patients regardless of severity of infection.

When the lung tissue is assaulted by the SARS-Cov-2 virus, it becomes inflamed and can no longer properly perform its function of oxygen exchange. When no longer receiving the oxygen needed to maintain basic cellular functions, the body’s vital organs succumb, and severe damage can result. Shockingly severe hypoxia of a level previously deemed incompatible with life are routinely seen in COVID patients. Many patients requiring respiratory support end up on the ventilator, but a majority of these patients fail to come off the ventilator alive. The forced ventilation from ventilators further damages the already compromised lung tissue.

As a consequence, the new preferred go-to device for patients near respiratory failure is the HFNC (high flow nasal cannula) which costs between $5,000 to $6,500 each and requires oxygen supply at 60 LPM (86,400 liters per patient per day). As it blows oxygen at one liter per second up the nose, washout of viral particles from the airway is unavoidable. To reduce contamination risk, HFNC should be used in specially equipped negative ventilation rooms. However, the HFNC is available in limited quantities and their increased usage has contributed to a national oxygen crisis as detailed in a John Hopkins Center for Health Security white paper.

The SentriO Oxy™ is an ingenious new device which enables patients breathing spontaneously and in comfort, to receive ultra-high oxygenation comparable to that from a ventilator—but without the costly drugs, barotrauma, hemodynamic disturbances and poor odds of survival. Available starting February 2022.

Clinical data indicates the level of oxygenation via SentriO Oxy™ at 10 LPM on hypoxic COVID patients to be comparable to, if not better than, HFNC at 60 LPM.

This represents remarkably superior performance using merely 17% as much oxygen, and enables early treatment at home for maximum protection from hypoxia.

Chronic wounds are a serious problem that affects 6.5 million Americans and costs over $50 billion a year in the United States alone. The more than 50 million annual in-patient surgical procedures as well as out-patient surgical procedures are at risk of developing SSI (surgical site infections) which cost $10 billion in uncompensated care annually. SSI is the third most costly type of healthcare-acquired infection (HAI) with an estimated cost of $20,785 per patient case.

With ever rising costs of healthcare, the importance of infection-free healing through cost-effective technologies becomes even more compelling. Since its founding in 2009, HealO has developed and patented a range of game-changing wound care technologies, including advanced wound therapies under the O-ACE-Sys® therapeutic platform, control modules and dressings such as the ClearHeal® and BeneHeal®.